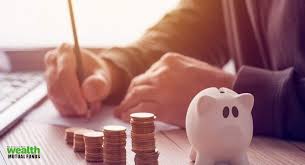 We have observed that liquid fund growth rates in the past few months have been trending lower than the usual 6%-7% which was seen a year ago. This is making many investors wonder what they should do.

Liquid funds are high liquidity income schemes that invest in debt and money market instruments such as government securities, treasury bills, and call money among others.

We have observed that liquid fund growth rates in the past few months have been trending lower than the usual 6%-7% which was seen a year ago. This is making many investors wonder what they should do.

Let’s, first of all, understand why the return profile for liquid funds has gone down.

RBI periodically cuts repo and reverse repo rates to support the economy. This became especially important in light of the economic slowdown that followed the pandemic and the resultant lockdown. In May 2020 RBI has reduced Repo Rate by 40 bps. This meant that the Repo Rate was reduced from 6% to 4% within one year.

Some of the instruments liquid funds invest in are T-Bills and government securities. The yields of these instruments have declined in line with the lowering repo rate. In some cases, the yield has moved below RBI’s Repo Rate of 4%.

The cut in RBI policy rates and abundant liquidity in the financial system has led to a sharp fall in short-term interest rates and essentially a lower growth rate for liquid funds.

With most liquid funds increasing the allocation to liquid assets, it is clear that most debt fund managers are seeking to reduce the credit risk in their portfolios considering the economic environment, among other things.

In Sep 2019, SEBI issued a circular with the objective of augmenting the Risk Management Framework for Liquid Funds, mandating them to invest a minimum of 20% of net assets in Liquid Assets. These Liquid Assets include Cash, T-Bills, Government Securities, and Repo on G-Secs. As these instruments are relatively low risk the yields for such instruments are on the lower side resulting in a lower yield to maturity but higher safety.

Furthermore, Liquid Funds were restricted from using Short-Term Deposits as a channel for investment too. This resulted in Liquid Funds seeing a drag in returns.

It is interesting to note that, as of June 2020 the average allocation to T-Bills and CMBs stood at well over 40% for liquid funds as a category compared to 16.4% in June 2019 and well above the mandated 20%.

With most liquid funds increasing the allocation to liquid assets, it is clear that most debt fund managers are seeking to reduce the credit risk in their portfolios considering the economic environment, among other things.

So is this going to be permanent?

Nothing is permanent. This stance by RBI is likely to be a short-term move to stimulate growth in a stressed economy. As interest rates go up, so will yield to maturity of instruments liquid funds invest in.

What should you do then?

Liquid funds remain the safest choice among debt funds all things considered. Thus, it is apt as part of solutions like the Scripbox Emergency Fund Plan, where the priority is stability and security of capital.

It continues to give comparable returns to your savings bank account, given the bank savings account rates have also been trending lower (SBI: 2.75%) for the same reasons as liquid funds.

Liquid funds also form a part of short-term portfolios such as Short term money plan at Scripbox along with Ultrashort and low duration funds where the priority is the security of capital while giving you better returns than FD over a period of 1-5 years.

Bank FDs are also subject to the same RBI decisions on interest rates that liquid fund investments are subject to, resulting in a similar declining trend of returns. Given, however, the liquidity and post-tax benefits, combined low duration fund and liquid fund portfolios such as Short Term Money plan continue to be a better alternative to FDs.

In contrast, Long-term interest rates have fallen less than short-term rates. So why shouldn’t you opt for funds with a higher duration?

In the case of higher duration funds, if the interest rates start rising due to RBI decisions then the returns from such funds tend to fall substantially and can even show negative returns. This kind of volatility is not recommended for most debt fund investors.