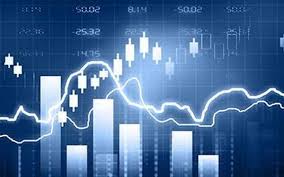 As the Sensex approaches 60,000 and Nifty nears 18,000 we explore whether it’s all speculation or are there real underlying causes that support this meteoric rise?

First things first, the pace of this market rally seems to defy the understanding of most individuals, investor or not. Considering we are not yet completely out of the woods in relation to the Pandemic, it seems even more confounding.

There are some questions that come to mind for most and the first being, is it all speculation fuelled?

It’s not all speculation, though

From what we understand, here are the four fundamental factors that seem to be fuelling the record highs we see:

Banking on a recovery post-pandemic (if it comes)

A lot of companies are calling their workforces back to the office as fears of a resurgence seem to be ebbing. This also tells you what businesses are thinking about the pandemic.

This will obviously have second-order effects on the economy – mostly, and hopefully, positive ones. That’s if a bad third wave doesn’t materialize.

The recent financial results declared by corporate India were surprisingly good. These did give hope to market players that, just maybe, India Inc. can do much better in the coming quarters. Thus, owning the shares of these companies seems like the smart thing to do.

The rally also seems, recently, to have been powered significantly due to a significant rise in small caps and companies that are just shy of entering the Nifty 50 index. Small caps were languishing for quite a while until probably the last year or so.

There will always be some technical factors that sway the markets. The fact, though, remains that the organized Indian economy seems to be in relatively decent shape considering the impact of the pandemic.

We probably can’t say the same about the unorganized space. Thus, probably, there is this disconnect between the markets and what we see on the ground.

There are hundreds of micro-changes happening in the economy due to the pandemic and we definitely have a long way to go to full GDP recovery. This is especially true of consumption.

Liquidity – the money’s got to go somewhere!

Global liquidity, thanks to easy monetary policies from central banks across the world, has increased the money in the system. A big chunk of this has flown into stock markets and other risk assets (including crypto-currencies).

Emerging markets like India have received their more or less fair share of this liquidity. This has undoubtedly kept the markets up. Interestingly these record highs are not just in India.

Mature economies like France and Germany also saw all-time highs. Again the leading causes seemed to be liquidity and some evidence of post-pandemic recovery (if it happens at pace).

As mentioned by the Chairperson of the US Federal Reserve, the policies will become stricter in the coming year but only if economies show definitive signs of recovery. What happens then is another question that deserves its own article.

There’s a somewhat justifiable reason for the India Premium

The fact remains that despite the pandemic and our GDP being pushed back to levels seen in 2017, our core numbers don’t look as terrible as feared.

We still have the highest expected growth rate among emerging economies. Our forex reserves are at an all-time high and capable of covering imports for 16 months. Exports saw an impressive 27.5% growth in August 2021 compared to August 2019 – when the pandemic struck. Our fiscal deficit also seems to be at a relatively manageable level of 7.2%.

The real concerns at present are our inflation (which seems to be going down a little bit) and rising unemployment (8.3% as per the most recent estimates). This jump in unemployment seems to be influenced by the significant disruption seen in the unorganized sector. This is definitely a cause for concern.

Is there a better alternative than equity?

For most of history, money has flown where growth is. Among all the investment-worthy asset classes.

Most other respectable asset classes, like fixed income and gold, have been used largely as a way to protect against the unexpected, rather than as primary growth investments.

But if it’s growth, with a modicum of reliability, you seek then there’s no real alternative to equity around the world

Sure, crypto-currencies and NFTS seem to be all the rage now but their speculation fuelled nature and lack of history makes them hard to trust. 50%-20% weekly drops don’t seem to make for a reliable investment, except for those who can stomach the volatility.

More and more, Indian investors seem to have embraced equity as well. Thanks to the digitization of investing in India, many more people have started participating in the markets than in the years prior. August 2021 saw a record 2.5 million new SIP registrations. The investment through SIPs is touching Rs 10,000 Cr. All that “new” money does move markets.

What you can take away

What we have covered are not the only factors and no one can claim to understand why markets go the way they go completely and absolutely.

Having said that, we believe this growth rally seems to be supported by some fundamental factors and the India growth story is far from ending based on what we know and can see, for now.

Yes, Indian companies do need to show significant earnings growth to justify their valuations. However, as things remain, that’s not an impossible task, especially if consumption starts going up.