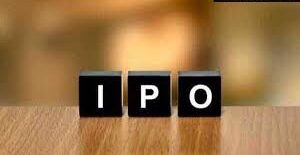 Investment Guide
November 17, 2021January 20, 2022 deepakraw 0 Comments don't do this mistakes while investing in ipo, Investment strategy in ipo, what is ipo

Stock markets go through occasional periods of ups and downs. That’s part of the game in the short run. And that’s often juxtaposed with equity IPOs. If you want to invest in stocks of companies coming up with IPOs, ensure you avoid the following mistakes

Way back in 1994, a well-known mutual fund came up with an IPO (Initial Public Offering) for its close-ended equity fund. New fund offerings were called IPO in those days akin to that for stocks. Shortly after the announcement, retail investors started making a beeline at the bank branches to subscribe to its IPO.

Some gullible investors unofficially bought its units at five to six times its issue price (Rs 10) thinking that it will list at a premium – given its high demand. Little did they know that the underlying of a mutual fund are stocks or bonds and so its NAV should eventually reflect its total market value. To their surprise, it was listed at a discount on the first day – resulting in huge losses for these speculative investors. It was the height of the IPO frenzy shortly after which the stock market crashed.

Stock markets go through occasional periods of ups and downs. That’s part of the game in the short run. And that’s often juxtaposed with equity IPOs.

If you want to invest in stocks of companies coming up with IPOs, ensure you avoid the following mistakes:

Investing in a company is all about paying the ‘right’ price to own its shares. Whether listed or an IPO offering, the basic approach to investing need not change. Is the business doing well? Will they be able to consistently grow their revenues and profits and improve market share? What’s their strategic advantage? Does the management inspire confidence or have a murky background? All this will let you know if you own the ‘right’ stock.

The biggest lure of IPO investing is the quick returns one can make from investing in it. Among the IPOs of 2020, Burger King and Mrs. Bectors Food Specialities gained more than 100% on the first day of its listing. While the price of the former plateaued ever since that of the latter corrected sharply though staying above the offer price.

“People win lotteries every day, but that there’s no reason to be jealous on account of this,” said the legendary investor Warren Buffett once in an AGM while commenting on IPO gains.

Investing in IPOs to profit from listing gains is as good as a speculative venture. Rather, look towards investing in it with a long-term perspective. Instead of worrying over its gains or losses on the listing, figure out if it is worth investing in, even if the stock market were to close for the next 10 years.

Moreover, there are two things that make IPOs investing a futile exercise especially for retail investors:

Small allotments: Burger King IPO was a huge success – it was subscribed 68 times at the retail level. However, a retail investor would have eventually got very few shares as against what he bid for. In effect, investing in an IPO becomes a futile exercise resulting in poor overall returns on an absolute basis, while capital gets blocked for a period of 10 days. One might resort to leveraging in order to receive more share allotments. However, it’s a riskier exercise, as all IPOs don’t list at a premium on the first day.

Moreover, it has been seen that IPOs have been fair-weather friends. Whenever there are bullish sentiments in the market, there is a slate of IPOs. Interestingly, whenever the IPO collections are high, there are very high chances of a market correction. In the past, it had happened in 1993-94, 1999-2000, 2007-08, and 2010-11. Thus retail investors stand the risk of catching the bull by its tail and witnessing losses whenever there is a trend reversion.

Also, whenever a company goes public, most of the time there is not much information on the public domain except that which is mentioned in the prospectus. Unlike publicly listed companies, where swarms of analysts cover the company by meeting management and exposing chinks in its corporate armor, you don’t have a real third-party opinion on such IPOs. Also, many brokers usually refrain from giving negative opinions about IPOs – especially if it is a large company – for fear of losing their allied business.

While investing in IPO, look beyond the listing gains. Rather think long-term and focus on companies with good promoters and governance track record and whose shares are available at ‘decent’ valuations.

Thanks for reading on MyHowtoo