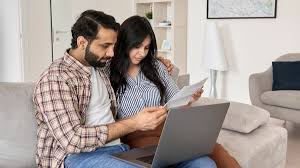 March was a difficult month for investors as the markets didn’t stick to their highs and fell largely due to rising US bond yields. Rising COVID numbers in India are also a concern though the vaccination drive has started in earnest. The government’s disinvestment agenda seems to have taken off. This is a silver lining, to say the least.

This day in 1963, a lot of people in America were delighted to learn about the “Yenom Tree”, thanks to the VIEW magazine. What was special about it? Owned by Mrs. Loo Flirpa of Appleton, Wisconsin, it sprouted dollar bills (and thus seemingly answered the rhetorical question that Indian parents have been asking their children for generations). This, and the news that Mrs. Flirpa was selling seedlings in an arrangement with the U.S. Mint, turned out to be an elaborate hoax “planted” by VIEW. People fell for it, despite the clues in the names.

Meanwhile, in Tanna in the South Pacific island of Vanuatu, February 15th is the day of celebrations. It’s John Frum Day, an example of what’s called a “cargo cult”. Cultists mimic soldier routines — holding parades with wooden rifles, sitting in wooden control towers wearing wooden headphones, and even building straw airplanes. They also light signal fires and wave sticks, and after a while, disperse in disappointment.

Why do they do this? Back during World War 2, these islands were a theatre of war. Both sides built bases and created airstrips, and the island’s natives watched everything from clothing and medicine to radios and Coke being dropped from flying machines! Decades after the war ended, the cargo cults continue enacting the rituals, hoping that bounty will fall from the sky. Speaking of falling,

1. February saw the Sensex spending a lot of time over the 50,000 mark

March was relatively more muted. One of the biggest underlying factors has been the rise in US yields, which itself is based on an expectation that inflation would rise.

When yields rise, investors tend to move money to bonds, and that causes a slump in the equity markets. However, the Fed itself has underplayed inflation fears and said that even if inflation does go up, it would be a short-lived phase. Foreign investors seem to agree — as of last week, their investments in March in Indian equities have crossed Rs. 8600 crores. This is when most Asian and emerging markets saw FPI outflows.

Moody’s Analytics has projected a 12% rise in India’s GDP in 2021, up from its earlier estimate of 9% in November. They have raised concerns about the increasing Covid cases — another factor that has spooked investors — but with the opening up of vaccines to people over the age of 45, and an increase in demand and manufacturing output, India Inc seems to be on the uptick.

3. So it goes for banks too

They may not be, well, laughing their way to the bank, but the apex court did give them a reason to smile and for their stocks to go up, as it declined to interfere in the RBI (and government’s) decision of not extending the loan moratorium, and said that relief such as total waivers could not be done because it would affect depositors. However, banks have also been asked not to charge interest on interest.

It’s easy to fall for stories

– the ones that others make, as well as the ones we tell ourselves. As Demosthenes said, “Nothing is easier than self-deceit. For what each man wishes, that he also believes to be true”.

It reveals something fundamental about human nature – hope. But while one must certainly have hope, we have seen that it cannot be a strategy. That’s why on the day the new financial year begins, as your trusted wealth manager, we’ll go beyond hope – to a tangible step that will help you meet your financial goals.