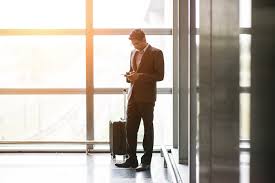 Budget 2021 had some interesting announcements for NRIs, including on issues like double taxation.

Keeping in mind the specific needs of NRIs, Budget 2021 promised to delve into the double taxation issue. A case in point is the income earned from retirement accounts opened outside of India. It is common for NRIs working in the US to invest in IRA (Individual Retirement Account) or 401 (k) accounts to avail of tax benefits. Contributions made towards it qualify as a deduction before tax liabilities are computed on one’s income.

Moreover, there are no annual taxes on accrued income; tax/penalty is payable only at the time of its withdrawal or on maturity. So, NRIs usually refrain from prematurely closing their retirement account (maturity on turning 59 ½ years) to avoid a 10% penalty in addition to income tax on its distribution.

Employees who temporarily worked in the US and returned later to India were at the receiving end of differential tax laws in both countries. Once they returned home, as a resident of India, they paid taxes on their global income and that too on an accrual basis. And since the source of such income (retirement account in this case) is from the US, it became taxable in the US as well, as per US tax laws, irrespective of whether one is a US resident or not.

Furthermore, there is the matter of different periods of taxation for the countries under consideration. NRIs often end up paying taxes on the same retirement income in India as well as the US – albeit in different years – without getting a tax credit. Personal taxes are payable in the US, Germany, or Singapore on a calendar year basis, while it is on a financial year basis in India.

First of all, check if your country of residence has a DTAA with India. Currently, about 90-odd countries (link) including Australia, Canada, Germany, Mauritius, Singapore, UAE, the UK, and the US have a comprehensive DTAA with India.

Earlier, there were doubts regarding whether such returning NRIs will get a tax credit for such taxes paid in India under the Double Tax Avoidance Agreement (DTAA) arrangement. This is likely to be sorted out by the Government soon.

First of all, check if your country of residence has a DTAA with India. Currently, about 90-odd countries (link) including Australia, Canada, Germany, Mauritius, Singapore, UAE, the UK, and the US have a comprehensive DTAA with India.  If you are a resident of a country with which India has a DTAA, you get a tax benefit as an exemption (lower TDS rate), deduction (from total income), or as a tax credit. If the TDS amount is more than the actual tax liability, you will get a tax refund after you file your returns.

The government is planning to introduce a new mechanism through a new provision – Section 89 A in the Income Tax Act – to address the issue of double taxation. It will come into effect from the financial year 2021-22. NRIs need to be vigilant and check the fine print of such government notifications. It is most likely to specify the person, the accounts (retirement, etc) for which it is applicable in various countries. Moreover, it is expected to clarify the year of taxation and the procedure for its alignment with that of other countries.

Besides the issue of double taxation, NRIs were expecting some relief in regard to the determination of the residential status. After all, the Government had imposed Coronavirus-led travel restrictions which resulted in many NRIs remaining stuck in India. It had affected their residential status, which is determined by the number of stays outside of India. Budget 2021 surprisingly didn’t announce any clarity on it.

Earlier, for the financial year 2019-20, the Government had provided respite to the NRIs by not considering days from March 22 till March 31st of 2020 –for purposes of determining residential status. On these days, NRIs were unable to leave India due to lockdown.

In the months of April and May 2020 of the current financial year, NRIs were unable to move out of the country due to nationwide lockdown which in turn affected their residential status. NRIs should keenly watch out for any clarification on this front from the Government.

In another welcome move, the Finance Minister halved the time limit for reopening of income tax assessment cases from six years to three years. It will provide respite to innocent NRIs who might be pulled up for alleged tax evasion that could result in lengthy litigation.

Also, the tax audit limit for NRIs has been increased from Rs 5 crore to Rs 10 crore, while allowing them to incorporate One-Person Companies (OPCs) in India. The latter is expected to give a boost to the start-up space and promote entrepreneurship among NRIs without the hassles of cumbersome rules and regulations.

ALSO READ: Would it be advisable for you to utilize your instinct as a financial backer?