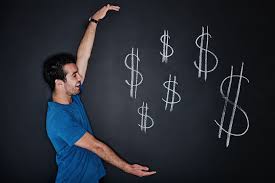 The pandemic could be a once-in-a-century event but the impact is here to stay. This pandemic has brought to the forefront the need to have savings and investments to fall back upon for extended periods.

The COVID-19 pandemic has affected people’s livelihoods and economies like few other crises have. While some pharmaceutical companies have come out with relatively effective vaccines, the economic impact is still being assessed.

Some of the worst affected have been low-income households and especially gig workers.

Gig work or basically project-based part-time work had, since 2016, become a popular employment avenue for many who didn’t have specialized skillsets or higher education.

Between 2016 and 2019 cab drivers working with popular ride-sharing services could often earn more than they could earn in typical white-collar jobs. It wasn’t surprising to find yourself being driven to your destination by an ex-software developer.

Food delivery bikes could be seen at every restaurant and traffic signal as they served people in offices and at homes. These attracted scores of youth from neighbouring small towns to make a respectable living which was otherwise difficult to attain.

COVID 19 – the grey swan that throttled the economy and earnings

We all know what the impact of COVID 19 has been on the economy no matter what the stock markets tell you in November of 2020, eight months after the virus began to cut a path through the world.

The economy is a complex system. Businesses are interconnected with each other in ways that are not obvious.

The food court in an office building depends on customers in the form of office goers. Such businesses, in turn, affect wholesale food suppliers who have steady business from these operations.

When the world and India went into lockdown to stem the flow of COVID cases local small businesses and gig workers faced the brunt.

Their lifeblood was the daily normal of small but regular orders from a huge number of people. Without this many small businesses, especially in F&B services simply had to shut shop.

The COVID situation has forced gig workers to focus on two things – concern for their financial well being when they are older and paying off their current debt.

Ridesharing cabs saw their business drop overnight as office commuters nearly disappeared. The result was a blow to the already weak financial health of these workers.

Here are some results from a gig worker survey conducted by flourish ventures.

83% were forced to rely on savings when the lockdown hit

45% of the surveyed had to cut expenses to survive

Hand to mouth maybe a trite phrase, but the reality of it is unnerving when you have to face it. Many of these gig workers often don’t earn enough to save and are often servicing expensive debt.

A Scripbox survey during this period where we interviewed relatively higher earning freelancers told us that over 65% of them faced a fall in income.

According to the same survey, 67% of CXOs stated that they faced over 25% reduction in revenue. When businesses face a lack of revenue, the impact is often felt by temporary and gig workers simply because businesses often have less binding obligations to them versus their own employees. Not that employees didn’t face the axe in many cases.

The COVID situation has forced gig workers to focus on two things – concern for their financial well being when they are older and paying off their current debt.

The pandemic could be a once in a century event but the impact is here to stay. This pandemic has brought to the forefront the need to have savings and investments to fall back upon for extended periods.

Most gig-workers don’t have savings to last them beyond three months but the pandemic has lasted for eight months now. Cities are opening up again but so are fears of a second wave.

More than net worth or returns, all of us should be concerned about our ability to handle a worst-case scenario, financially. While we should not think everything is doom and gloom, being prepared pays. Any one of us dependent on a salary better have a plan for a situation where that comfort is not available.

The humble emergency fund which was often an afterthought you read about in some personal finance article has become the most pressing need for anyone who gets a paycheque.

An emergency fund may be the first step in your wealth creation journey but it is often the most critical one. It is the primary line of defense against the uncertainty of the world. It buys you time to ride out a loss of income and find another source of income. So, the question that you should ask yourself is not just how much you have saved but also how much time have you saved for yourself?

Thanks for reading on MyHowtoo